Legend Ranks in Ghost of Tsushima is a character progression system of the game. Just like any RPG, Jin obtains experience points that increase his legend rank. Each time Jin increases his legend rank, he obtains Technique Points to learn powerful new techniques and unlocks various bonuses. In order to obtain points to increase Jin's rank, players will need to liberate settlements that have been taken by the Mongol Empire, win enemy encounters, complete tales, and to reclaim Lighthouses that are occupied by the Mongols. This page covers information regarding the Legend of the Ghost - to identify Jin's current rank, open the world map, and look at the top right section, you'll identify his current rank and progression. 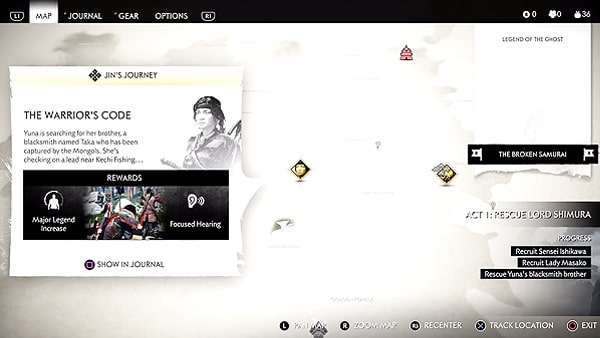 Legend of the Ghost interface.