Stats in Ghost of Tsushima refers to the numerical values that define the strengths and capabilities of the player's character. Stats are determined by your player level and equipment that are worn, this page covers a list of the different stats and attributes shown in the game. 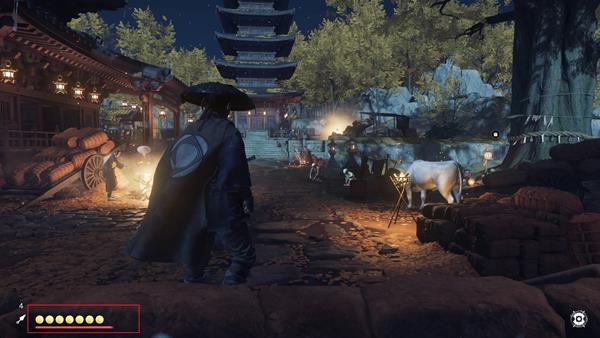 Jin's primary status is his Health and Resolve. Resolve is the yellow nodes that are highlighted yellow and these are primarily used to recover HP and to execute certain Samurai Techniques such as the Heavenly Strike and Dance of Wrath. In order to increase and maximize the number of Nodes, it can be done by finding Bamboo Strikes and increasing Jin's Legend Rank. 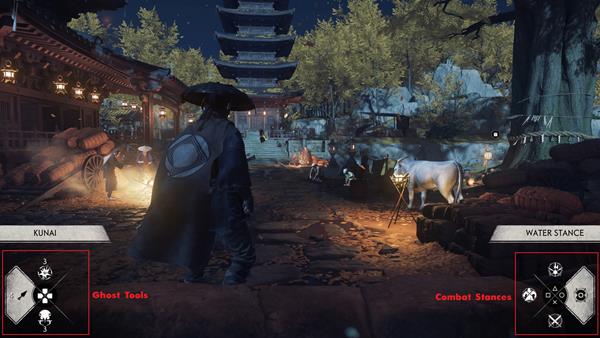 Pressing and holding down the R2 button brings up the Ghost Tools and Combat Stances interface. This allows Jin to switch between his tools and combat stance. Stances is a combat mechanic that allows Jin to fight his foes in various styles. Combat Stances are designed for Jin to quickly adapt to the situation he is in to easily defeat the various enemies encountered. There are four stances in the game that can be unlocked and each stance consists of a set of moves that also requires Technique Points to be learned. 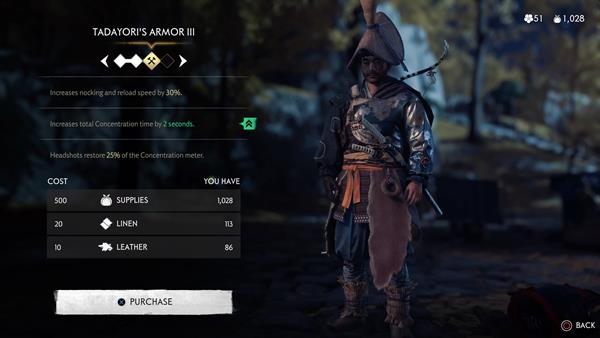 In Ghost of Tsushima, stats aren't really as complicated since you only have Health, Resolve, and the Armor Jin wears which provides him with various buffs and effects whenever he is wearing a certain Body Armor. Listed below is a table that indicates the various effects Jin acquires when he equips a specific armor.