Legendary Thief Outfit in Ghost of Tsushima (GoT) is a secret egg in the game. The goal for this secret is to obtain certain items in order to unlock a certain trophy and to obtain a secret egg which is a nod to a video game icon character, Sly Cooper 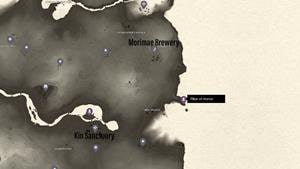 The Sly Tanuki Sword Kit can be obtained from a Pillar of Honor that's located at the Kin Region in Kamiagata (3rd Act of the game). It's near Kin Sanctuary on the east side. 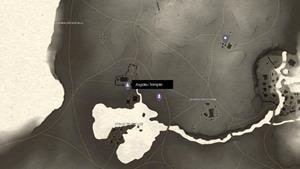 The Crooked Kama Headband can be found in Jogaku Temple (3rd Act of the game). Head to Jogaku Temple and climb the top of a temple that has multiple roofs, you'll find it next to the frozen lake. Youll find grappling points around the sides for you to climb. You'll find the headband in the center, at the top of the temple. 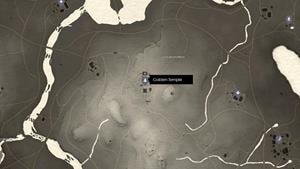 The Thief's Wrap Mask can be obtained as a reward. You'll obtain it from the Gift Altar of the Golden Temple in Izuhara, (1st act of the game). You'll need to progress the story by completing Main Tales and Side Tales of the first act. 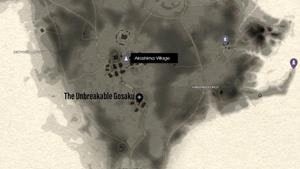 Gosaku's Armor is obtained as a reward for completing the Mythic Tale "The Unbreakable Gosaku" that's available in the 2nd Act of the game. You can obtain a rumor from any peasant in settlements or by simply finding the musician in Akashima Village. The quest requires you to liberate 6 specific farms: Aoi, Iijima, Kuta, Koshimizu, Ohama, Yagata, and to obtain keys from the survivors. Once you have all the keys, you'll be given a new location to investigate which you'll need to complete in order to obtain the armor. 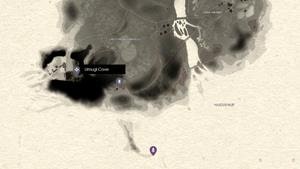 This is quite simple. First, obtain Gosaku's Armor by completing "The Unbreakable Gosaku" Mythic Tale. Once you have it, travel to Umugi Cove and speak to the Cosmetic and Dye Merchant there. He'll have the Ocean's Guardian dye that can be purchased for 10 Flowers.