NPCs in Ghost of Tsushima (GoT) are the different people that players meet throughout their journey. NPCs provide information, some provide quests, while others are categorized as Merchants or Blacksmiths whom you can trade with or request for certain services. This page covers a full list of all the NPCs in Ghost of Tsushima, you can find detailed information on their location and other related information on each individual page linked below. 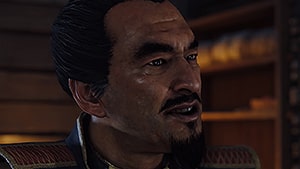 Shimura is the jito (lord) of Tsushima. He is a samurai as well as uncle and father figure to Jin. 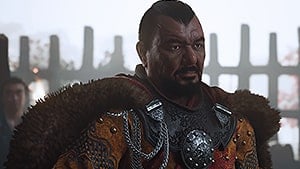 Khotun Khan is a Mongol general and leader of the Mongol army invading Tsushima Island. 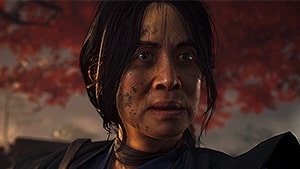 Masako is a samurai and a skilled archer. She is also a former ally of Jin. 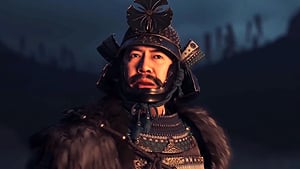 Leader of the Adachi Clan, husband of Masako, and a retainer of Lord Shimura. 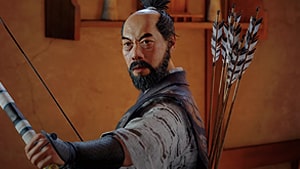 A renowned samurai and archer who formerly served Clan Nagao. He taught the forces of Clan Nagao The Way of the Bow. 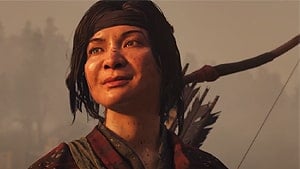 A professional thief who is also the sister of Taka. She helps Jin against the fight against the Mongol forces. 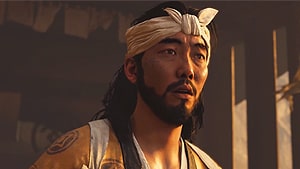 Taka is a skilled blacksmith and is the younger brother of Yuna. He is the one responsible for forging Jin Sakai's iron grappling hook. 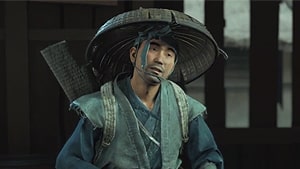 Kenji is a mischievous merchant, a renowned sake brewer, and "the best swindler" of Tsushima. He is a close friend of Yuna and an ally to Jin. 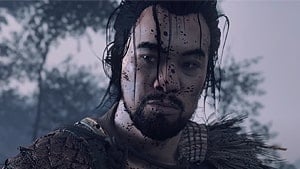 Ryuzo is a childhood friend of Jin Sakai who joined the Straw Hats and became the group's leader. 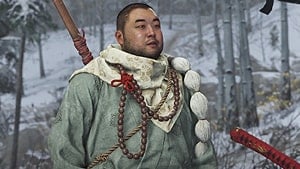 Norio is a warrior monk who serves and protects the Cedar Temple of Tsushima. Although he is a kind and compassionate monk, his skills in combat and the ability to wield a Naginata, makes him a fierce warrior. 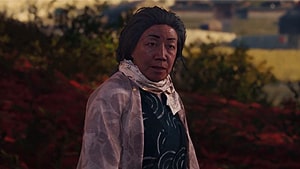 An elder woman who served as a caretaker of the Sakai household. She has excellent knowledge of botany and uses it to create various brews. 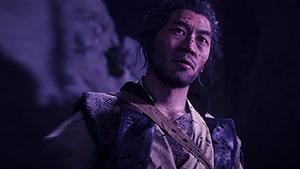 One of the suriving raiders from Iki Island. He helps other surivivors that had to face The Eagle and the Mongols. 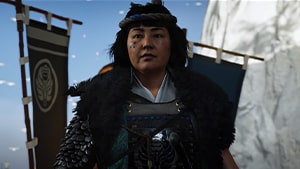 A leader of an old raider's stronghold, now used to protect surivors against the Mongols. 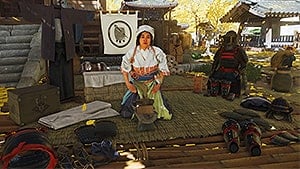 The armorer is responsible for upgrading the level and strengthening Jin Sakai's armor. 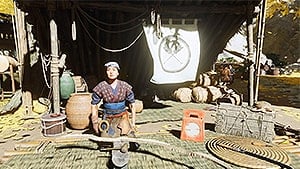 The bowyer specializes in upgrading and strengthening Jin Sakai's long-range weapons such as the Half Bow and the Longbow. 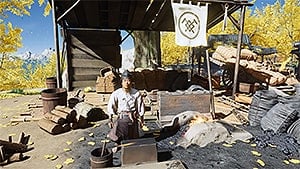 The swordsmith is a smithy who specializes in strengthening the blade of the Sakai Katana and Sakai Tanto. 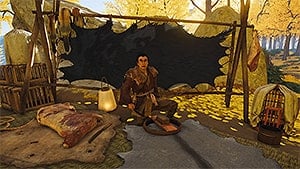 If you have gathered a bunch of Predator Hides, the trapper is your go-to merchant who can upgrade your various satchels for holding more Tools. 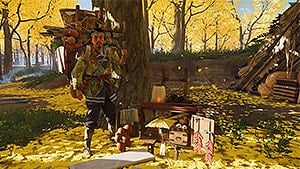 The local cosmetic and dye merchant provides Jin with a variety of equipment dyes, as well as cosmetic items such as hats and headbands. 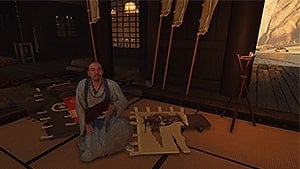 A monk who wishes to keep the history of Tsushima alive provide Jin with Saddles for Jin's mount in exchange for collecting Sashimono Banners.